Not all divorces are related to alcohol abuse, but the percentage is fairly high.  I don’t have any scientific study, but my own experience of observing thousands of divorces over three decades, I have found that nearly half of all divorces involve, at minimum, allegations of some type of alcohol abuse.  From observing the interactions in these cases, as well as working with professionals in these areas, here are the most important observations I have made: If you think there is a problem, you are probably right. If one party truly believes there is alcohol abuse in the marriage, there is a very high probability that they are right. Yes, it is true that divorce can lead to many false allegations, particularly if you are in an adversarial divorce.  However, while divorcing couples often exaggerate most flaws of the other spouse, I have found that, largely because of co-dependency dynamics, many spouses actually under report alcohol abuse. If your spouse thinks you have a problem, you certainly have a problem. How can I be certain?  Easy.  First, as indicated above, if your spouse truly thinks you have a problem, there is a high probably they are right.  Moreover, even if they are wrong, their belief that you have a problem is, by itself, a major problem.  In either case, the solution often points to undergoing a thorough and honest alcohol assessment. If you can get at the truth, everyone wins. A spouse stopping or cutting back alcohol use during the divorce proves little.  Often the spouse believed to have an alcohol problem will either stop using alcohol or cut back on alcohol use as the threat of divorce draws near.  While this may (or may not) be a welcome reprieve for the family, it generally means very little in terms of determining the existence of a problem.  Indeed, most chemical dependency counselors see frequent failed attempts to stop or cut back as being one of the indicators of alcoholism.  Moreover, for most alcoholics, stopping drinking does not necessarily end the alcoholic behavior. Sometimes alcohol use during divorce can be “situational”. Divorce usually does not come up suddenly, but rather creeps into homes over months or years.  As it creeps closer, the sadness or fear can sometimes cause non-alcoholics to temporarily abuse alcohol during this difficult time. While temporary abuse of alcohol still has serious consequences the long-term impact can be quite different than addressing alcoholism. If alcohol is an issue, you need a process in which honesty can be rewarded.  Divorce processes differ.  Traditional divorces that operate in the shadow of the courthouse can sometimes seem to punish honesty in the sense that the person suspected of alcohol abuse feels compelled to either deny or minimize the allegations for fear of losing time with their children.  On the other hand, processes such as Collaborative Law or mediation, by operating outside of court, can provide a safe place where alcohol use can be addressed as a health issue and not as a piece of evidence.  To learn more about these options go to www.Collaborativelaw.org or www.divorcechoice.com.

The myths and misunderstandings about divorce could make you act in ways that would hurt you in your divorce. Here are some of the most common myths and how actions based on those myths could impact the final divorce terms. 1. LEAVE THE HOUSE, YOU LOSE IT. A home purchased during the marriage is a marital asset whether or not you are living in the home at the time of the divorce. Its value is included in the final property division. You don’t lose that value by leaving the home. In fact, most couples have a hard time living in the same residence during the divorce and many people need to separate during this time. However, who is living in the home at the time of a court hearing on the issue of temporary occupancy of the home will have an advantage. While the divorce is going on, it will be harder to get a court order transferring temporary occupancy away from the spouse then residing in the home. 2. EMPTY OUT THE BANK ACCOUNTS. What you owned before the divorce started is what will be included in the marital estate to be divided in the divorce. You and your spouse will most likely get one half of your marital assets in your divorce. If you fear that your spouse will empty out your accounts, it is acceptable for you to take out one-half and deposit these funds in a new account in your name alone. Taking all of the funds will be negatively viewed by the court. 3. QUIT YOUR JOB, LOWER YOUR INCOME. If you have earned income during the marriage, your income history will be the bench mark for any court orders on financial support, including child support and spousal support. If you have a job, don’t quit it or take action to reduce your earnings. The court can impute income you would have earned if you had not taken those actions. Both of your potential earnings are considered in any court decision on support, so even if you have not been earning income recently, your potential earnings are relevant. If you apply for jobs and show recent history of efforts to seek employment, the court has a basis for a finding on whether or not you could earn potential income. If the result of your efforts is obtaining employment, that is a good result. For most families facing the increased costs of two households, extra income will be needed after the divorce. You should be maximizing, not minimizing income. 4. TAKE THE KIDS AND RUN. Unless you or your children’s physical safety is at risk, hiding them from your spouse can actually hurt you in a custody dispute. You can move out with your children but, unless their safety is at risk if they have contact with your spouse, you should make sure your spouse has contact and parenting time with them after the separation. In a disputed custody case, an important issue will be how each parent supports the children’s relationship with the other parent. If you have kept the children away from your spouse and denied parenting time, that could hurt you in a custody case. 5. SPEND A LOT. Your standard of living and spending during the marriage is what the court will look at, not inflated spending after the divorce starts. If spending around the time of the divorce is unusually high, the court has the power to call that spending a dissipation of marital assets and can reduce the property settlement awarded to the spouse found to have dissipated assets. Again, most families have more expenses for two households after a divorce and so you should be reducing, not increasing your spending. Your friends and relatives may have advice about what you should do if you are thinking about divorce. Get some advice from a professional experienced in divorce issues before you take action. 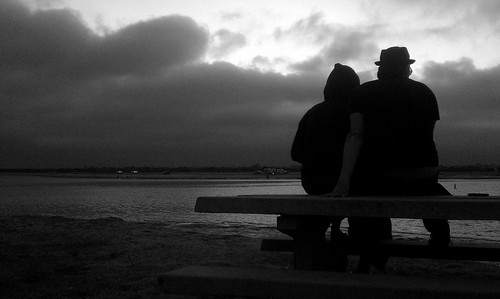 While the divorce rate in the U. S. has been decreasing since its peak in the 1980’s, divorce rates for those over the age of 50 is at an all-time high. The divorce rate for this age group has doubled in the past 20 years. There are many reasons for this trend, including longer life expectancy, the increased financial independence of women, changing cultural values and the aging of the “me” generation of baby-boomers. The causes of gray divorces are varied. According to a 2004 AARP study of midlife divorce, the most common reasons given were abuse, infidelity, falling out of love, use of alcohol and drugs, and different lifestyles. Spouses who become “empty nesters” when their children leave home can find it difficult to find common ground. Those who divorce later in life have fewer remaining years in the workforce. This means reduced opportunity to accumulate assets post-divorce. Therefore, making sound financial decisions is critical to both parties’ future well-being. Valuing and dividing retirement plans, securing affordable medical insurance coverage for both parties, establishing and funding separate households, and analyzing cash flow at retirement require expert legal and financial advice.