About 3 and a-half years ago, a family in the Collaborative Divorce  process was working with the Neutral Child Specialist .   It was stated by my client that dad’s alcohol use was the primary basis for her seeking the divorce. She couldn’t take it anymore. She had been involved in Al-Anon and working on no longer being codependent and practicing stronger boundaries. Dad denied that he had any problems. Mom wanted their teenage daughter to have a relationship with her dad, but wanted it to be a healthy relationship that didn’t put her at risk. What came out in the work with the daughter was that she experienced her dad drinking and driving and she only wanted to spend time with dad when she felt safe. 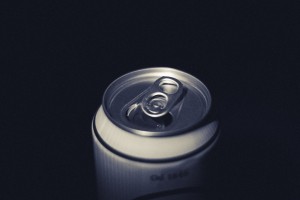 During the process of creating the parenting plan, the Neutral Child Specialist arranged for a meeting the parents both agreed to attend in which it could be determined, and possibly ruled out, whether dad did have any problems with substance abuse. This happened because of how the team of lawyers and professionals worked together thinking about the greater good of the family system. But at the meeting dad wasn’t ready to hear it, and again said he had things under control. So, a parenting plan was created that gave daughter the opportunity to have time with her dad in smaller chunks of time, but have a mechanism in place to end the time if she ever felt at risk. Mom could also say no to time if she had a basis to say that dad was under the influence. They created details that both parents, and their child, felt comfortable with because they could focus on what was needed for the child to feel safe as well as the importance of the parent-child relationships. After the divorce, about a year later, I received a note from her client. She said that dad was finally pursuing treatment with the two professionals the Neutral Child Specialist had arranged the meeting with during the work on the parenting plan. She said that dad finally hit bottom and was ready to begin his recovery. When I look back on this case, I believe that a seed was planted and a relationship was started with people that dad could finally hold his hand out to for help when he was ready. And, because you can not force someone to make change before they are ready, a parenting plan was created that was responsive to the needs of the child. The dad was not dragged through the mud and vilified, and denied access to his child. Rather, a child responsive plan was put in place and now this family is on a better path. The mom said in a note to me, “I really appreciate the entire collaborative team. The support through this most difficult time was immeasurably helpful. I found [your] and the team’s understanding, when dealing with a substance abuse spouse, extremely insightful. [The Neutral Child Specialist] was direct, yet kind in dealing with both [dad] and myself. The entire team had our daughter’s interests at the forefront. [Dad’s] attorney also was helpful in this aspect, aware of the pitfalls in dealing with an alcoholic….thank you…in helping me through this, supporting my goals and providing a positive environment.”