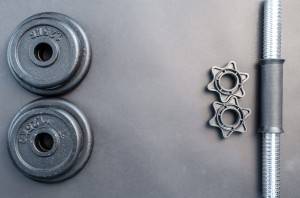 Empathy is the word for the capacity to understand another person’s perspective or experience without necessarily agreeing with it.  Empathy allows humans to be in synch and resonate with each other in spite of differences.  There is plentiful scientific and anecdotal evidence that humans crave the sense of being understood.  Feeling recognized and understood is one aspect of dignity and the belief that one has inherent worth as a human being. From my experience, I would like to share a few examples of how empathy can lead to wise decisions during a separation or divorce.  A young woman with whom I have a professional relationship recently told me that the nesting arrangement she and her spouse were using to ease their children’s transition during their divorce had become too difficult to maintain.  She essentially felt homeless and ungrounded, moving from the homestead to a shared apartment when on and off duty with the kids.  Her take-away from this experience was deep empathy for the task children face when needing to transition from one home to the other.  She said, “I completely get why we need to each have all the things our children will need to be comfortable in both homes, and why we should not ask them to pack suitcases for a transition.  They will need our patience and understanding as they get used to this.” Some parents with whom I worked on a parenting plan had empathy for the difficulty extended family members were experiencing as the holidays approached.  They recognized that people with whom they had been close didn’t know how to act, or whether to invite soon-to-be former spouses to events or holiday gatherings involving the kids.  In one case, a parent had misinterpreted silence as rejection, only to find that it was borne of confusion and sadness.  These parents decided to send a We Statement to both extended families, describing the respectful, collaborative process they were using in their divorce and the hard work they were doing to transition from a married couple to effective co-parents.  They said they welcomed questions and hoped for loving support for their children and for them as they made this transition. My third story of empathy involves a teen and his parents.  He worried that his mom’s feelings would be hurt because he wanted to continue working out at the home gym in his dad’s house, and not with the equipment his mom had purchased while expressing the wish that work-outs could occur in both homes.  He appreciated her gesture, but knew that his dad was experienced in spotting him and managing the work-out sessions, and his mom was not.  He understood that his mom wanted something special to do with him too, and we came up with a plan for his mom to give him cooking lessons (another interest of his) because she was a wonderful cook.  His parents also showed empathy for their son’s dilemma, and when given this feedback told him he was free to spend time at either home to enjoy special activities even if it wasn’t that parent’s official parenting time. The ability to be open and responsive to how another person thinks or feels is one of the gifts of being human.  It is also a healing force during times of distress and crisis.  Being empathetic demonstrates strength, and experiencing empathy is one of the foundations of resilience for kids.

Several experiences this past weekend got me thinking about the meaning of a true apology.  On Sunday, I read Gail Rosenblum’s column in the Star Tribune about whether women, in particular, are socially conditioned to say “I’m sorry” too often.  After describing an Amy Schumer skit which ended with a female Nobel laureate apologizing to a coffee cup for getting in the way while dying of accidental coffee burns, Rosenblum shifts the issue to her real message:  “…we need to learn how to do sorry well.”  She quotes workplace consultant Fran Sepler who said, “The difference between an insincere and a sincere apology is miles apart.”  (I was reminded of the commercial in which a burly guy looks down at his bicep and bellows, “No Regerts?” to which his candy-eating tattoo artist whines, “Soorrryy, I was eating a Milky Way.”). A true apology requires empathy and open acknowledgment of how you have hurt the other person, and a sincere wish to begin to mend the damage. On Saturday evening, I went to a play entitled ‘Til Death, A Marriage Musical: A Hit Musical that’s Ridiculous, Squirm-Inducing and Lovely….Just Like Marriage.    The creators of the show, a couple named Jeremiah and Vanessa Gamble, wrote in the program, “We wanted to take an inward look at our own struggles of trying to practice forgiveness and live out a committed relationship.”  The show is an intelligent, witty and well-performed look at two couples whose marriages are acutely threatened by hurtful acts of omission and commission.  Throughout the play, characters say “I’m sorry” in various inauthentic ways.  It’s not until the moment that a character drops his or her defensiveness and justification and expresses true regret for hurting the other person that it becomes clear that a true apology has been offered….and accepted. The fact is, a true apology will not always be accepted by the other person.  That is beyond your ability to control.  But making a true apology, with empathy, respect and clarity, makes YOU a better person.  And the world a better place for you and your kids.
Many of us have been there. A close friend has just confided that their marriage is ending. The news may or may not be surprising, but may still catch you off guard. You want to say and do the right thing. What can you do to be helpful? Here are three suggestions: Listen. First of all, just listen. This is so important…and much more difficult than it sounds. Listen with empathy and openness. Try to resist the temptation to react, interrupt, interject your own experience, or provide advice. Understand that your friend is expressing the truth as they see it in that moment, and that what they need most of all is connection. When we are listened to, we feel connected. Support. Divorce is an emotional event that takes time. As with any difficult journey, it helps to have a support along the way. By being available, and providing a stable presence in your friend’s life, you can provide much needed emotional support during what can be a tumultuous time. Meanwhile, try to refrain from giving legal and financial advice. Your friend must have competent professionals to assist them in these areas and needs you to be a friend. Be honest. If your friend does ask you for advice, be honest. Telling them what you think they want to hear will only serve to bolster what may be an unreasonable position. Instead, try to engage in a compassionate conversation about your friend’s situation. Expressing your own perspective from a place of caring may help your friend become more open to other perspectives and possibilities. You have been invited to accompany a friend through one of life’s most challenging transitions. By listening, supporting and being honest, you can provide a much needed connection along the way.
Divorce is a painful process. Often both spouses are disappointed with the marriage. One or both may feel betrayed.  The time when spouses decide to divorce is the time when they likely feel at their lowest – about one another and perhaps about themselves. And yet, this is the time spouses are called upon to make decisions that will affect them and their children for the rest of their lives. A natural instinct in this circumstance is for self-preservation. One thinks of oneself and one’s own needs – something by the way which is vitally important to do.  You want to continue parenting your children effectively, be able to live the lifestyle you became accustomed to, and have long term financial security.   It is common at such a time to fear that if your spouse’s needs are met, your own needs suffer. And so one fights – fight in hopes that this in turn will enable one’s own needs to be met and prevail. But this is where one can go wrong.  Listening to your spouse, really listening and simply acknowledging his or her needs  is powerful.  Recall the last time you felt heard, and how that affected you.  By hearing your spouse, you increase the opportunity for your spouse to hear you. Solutions to issues emerge in such an environment which could not surface when one is in fighting mode. Do not sacrifice your goals and interests. Instead, clearly and deeply identify them, and at the same time listen deeply to those expressed by your spouse. You will open doors to solutions that  were previously closed. The Collaborative Law process fosters such an approach for divorcing spouses. I encourage you to consider learning more about the Collaborative process if you are contemplating divorce.